Music tastes change, and the style of music written and performed around the time of The Great War sounds very different from what we hear today. Through these recordings, this music is being heard for probably the first time in over 100 years!

Here's another sample of the patriotic music composed shortly after America joined the Allies in The Great War. Most of these photos were taken at Camp Walbridge in Toledo, Ohio in 1917. The music is again performed by Janaye A. Ashman.

Glimpses From The Great War 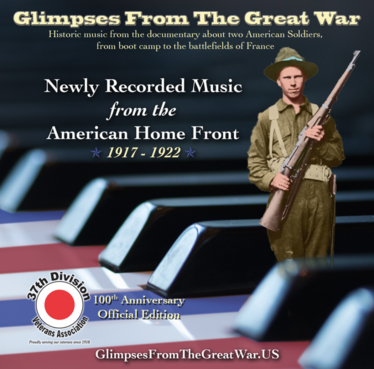 Hear a sample of music composed in 1917 to promote patriotic support of The Great War.The accompanying photos are from Ohio's 37th "Buckeye" Division and and have been digitally restored & colorized. Janaye A. Ashman performed this piece.