This well-written book is by John B. Kane, a Doughboy who served in the US Army's Graves Registration Service in France, 1917-1919. They made sure burials were correctly recorded, cemeteries plotted and that the remains of deceased Doughboys were treated respectfully. What's fascinating is that he wrote the book in 1940 as a memoir for his daughter. His first-hand accounts are interspersed with philosophical, poignant observations seasoned with advice and a clear love for his young daughter. Just like the Doughboys in "Glimpses From The Great War," Kane tells an engrossing story from the common Soldier's point of view.

Click on the cover for a link to Amazon.com

This site is an excellent resource for research and educational materials. If you want to learn about America's part in World War I, look at their Dispatch Newsletter.

Glimpses From The Great War 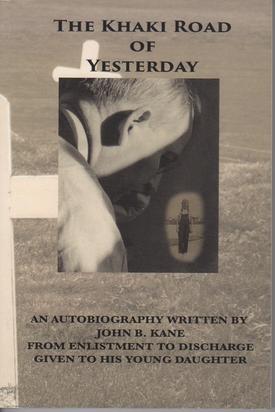